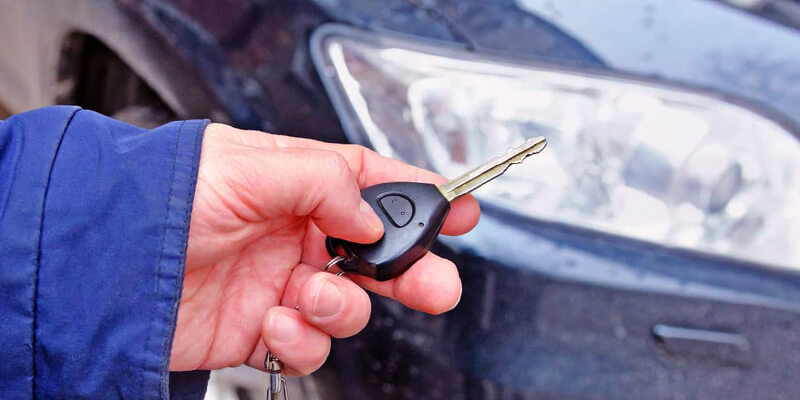 Are you locked out of your car, home or office? Do you have a broken car key and need to get inside your vehicle? Does your company or building have an access control system, and you’re unable to gain entry? Are you having problems with the transponder in your auto key for some reason? If so, then this article about car transponders may be able to help. AD Locksmith 24\7 can help you to solve all your issues with your car transponder. A car key transponder is part of a security system used in vehicles that operate on radio frequencies. By reading this blog, you’ll learn more about the functions of a key transponder and how it works.

What is a Car Key Transponder?

How Does a Car Key Transponder Work?

What is the Purpose of a Car Keys Transponder?

The purpose of a key transponder is to provide an extra layer of security for a vehicle. The car’s ignition system circuit needs to have the correct code from the key transponder in order to start the engine and unlock the doors/trunk.

A key transponder may be used in conjunction with a chip key or a remote keyless entry (RKE) system that also has a transponder. The transponder that is used in an RKE system is built into the keyfob.

There are a number of advantages associated with a key transponder. They include

Prevention of theft – One of the biggest advantages of a key transponder is it helps prevent vehicle theft. A vehicle with a transponder will not be able to start if the correct code isn’t detected by the ignition system.

Less chance of having a car stolen from your driveway

If you leave your car running in your driveway, it is likely to be stolen. A key transponder will prevent the engine from starting, even if the car is left running in the driveway.

More convenient – A key transponder will allow you to lock and unlock your car remotely by using the key fob. This is much more convenient than having to walk to your car to lock or unlock it.

If the transponder is broken and needs to be replaced, then you’ll need to have a new one programmed. You can also have a new remote key fob programming, so it operates with a new transponder. Contact us now!